You may think that a high ranking karate instructor only imparts wisdom. But we learn from teaching and we learn from our students as well. I have learned a lot about generosity from my students. And I keep an open mind to continue to do so.

GENEROSITY WITH A GUITAR

Sometimes instructors can’t help but overhear conversations between our students. Sometimes we start a group conversation which flows away from us until we can just step away. I don’t remember now which this was. But I remember this first example of generosity between dojo mates which struck me so much that it stands out years later. We had an intermediate adult student – we’ll call him Blue – who had been involved with the dojo for over a year. A new student, White, joined the dojo. White had trained with us for about a month when these two had a conversation about playing music and guitars. White mentioned that he was saving up to buy a guitar. Blue said he had a guitar he no longer used and he would bring it for White. And he did. No money needed when you have the generosity of your dojo brother.

GENEROSITY TO GET ON HIS FEET

Mr. Busy had just joined the dojo. Then he came in to say that he didn’t know if he could make his dues next month because he was self-employed and the equipment that he needed for work had all been stolen. I asked our advanced student Mr. Helpful (highly involved in the community) if he knew of resources that could help in this situation. He brought in a thick packet listing organizations that help people and families in crises. He also gave Mr. Busy his advice on how best to approach them.

When Mr. Generous, another advanced student, heard of the situation, he offered to pay for a month of dues for Mr. Busy. But only if he really needed it when the time came. A man has got to be allowed to be a man and get back up and stand on his own two feet, after all.

I have learned about generosity from the examples of many students. I have probably forgotten a lot of generous occasions too. But the above two examples came to mind first. And after these, I can think of several more. I think this calls for another blog on more dojo generosity examples next time. 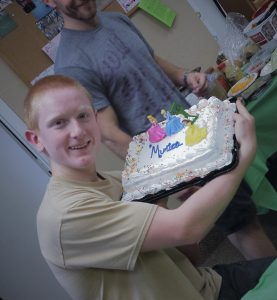