There are a lot of movies with martial arts made for kids. Here, I will focus on the more popular, higher-rated ones and the martial arts lessons they promote. Note: I am talking about the word lesson as in the moral of the story, or the take-away. I am not comparing watching a movie to attending a karate class. Please do not think Hollywood martial arts moves would help in a life-protection situation.

They may not have sequels or remakes (or even a rating) but these movies are enjoyable and noteworthy for their lessons.

Martial arts movies are fun for kids. They have action and adventure, and often a deeper message to take away. They can inspire us to work harder in karate class, as we see all the effort put into the characters’ moves. We also may see our own techniques in a different light when comparing them to the scenes of Hollywood martial arts in the movies. 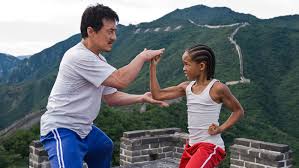