I like to divide martial arts humor into two categories. Category One is humor that can be understood by the general public with a bit of kung fu movie viewing. Category Two includes jokes that are mainly appreciated by people after they have started training.

Memes revolve around humor. For people around my age and older, that is pronounced “meems.” For anyone who wants to be a meme expert, knowing the origin of the word as well as evolution and history of memes, here’s a link. And now, on to my favorite martial arts memes. 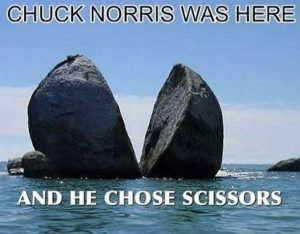 I haven’t met a martial artist who doesn’t appreciate a good Chuck Norris joke. In fact, these exaggerations about his super human powers and manliness are a cornerstone for today’s martial arts humor. (Chuck Norris, if you’re reading this, don’t take what I just wrote as a put down, please.) 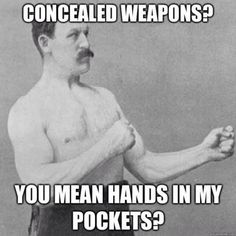 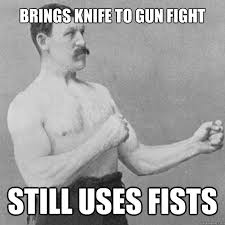 While we’re on the subject of manliness, here’s the beloved “overly manly man.” This picture has a myriad of quotes and jokes, not all revolving around martial arts humor. These are just two of my favorites. 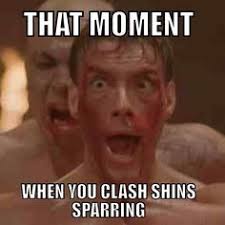 Another manly man, Jean Claude Van Damme, has a lot of memes. And a lot of memes for martial artists. Those of us who have been there and done that particularly appreciate this type of martial arts humor. 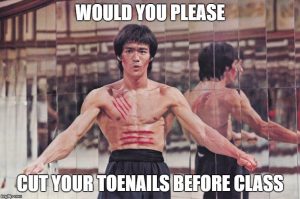 Bruce Lee’s television and movie presence wowed much of America into a love affair with martial arts. In fact, he was a driving force for the first surge of karate’s popularity in the US. As such, many martial arts memes involve Mr. Lee. Again, this meme is specifically appreciated by those of us who have been there and felt the scratch from a training partner’s toenails. 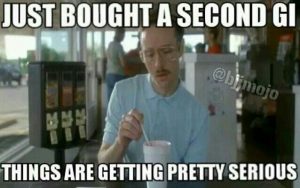 This “Kip Napoleon Dynamite” meme revolves around the “things are getting pretty serious” punch line. Sometimes the joke is for martial artists, as in above. Many of these memes are about other subjects though. 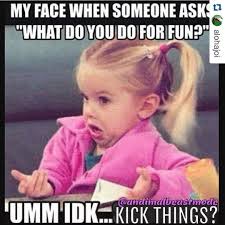 This incredulous girl can also say, “I don’t know” about many other subjects. My favorite, here, contains martial arts humor. I love that she likes kicking things as much as I do. 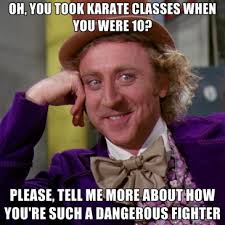 Like the last two people, Creepy Condescending Wonka can address just about any subject. He can also discuss karate and use martial arts humor. With this meme, maybe he will bring awareness to the perishable nature of the physical skills we develop in training. 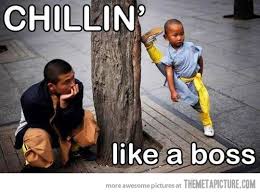 Many memes, like this one, incorporate an unusual photo. These pictures can be obviously photo shopped, or not. This one seems genuine, much to the envy of us martial artists who strive for more flexibility. 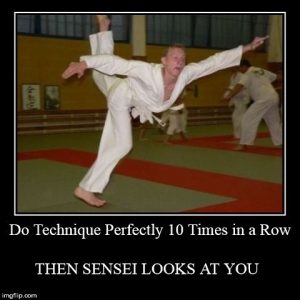 I didn’t find a definitive name for this guy. His picture only came up once or twice when I searched for all of the above terms. But I can relate to this meme. We feel like we are doing great, practicing and executing the technique our sensei taught. Then, when Sensei watches, we mess it up while feeling this awkward. 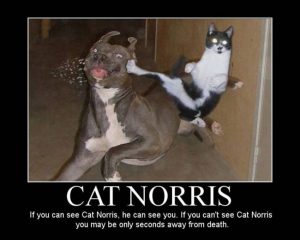 This meme branched off of Chuck Norris humor. It also has elements of an unusual photo and animals, which people love to look at online. Cat Norris just begs for punch lines with martial arts humor.

EVERY BUNNY WAS KUNG FU FIGHTING 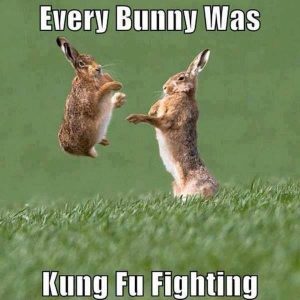 I put this in the category of cute with only mild martial arts humor. But don’t underestimate the power of cute. Babies and animals were the seeds for the first online memes. 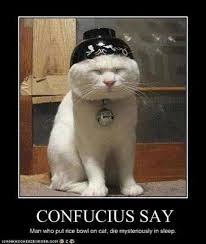 Again, the name for this meme stumped me. Most-used titles include “Cat Bowl Hat” and “Catfucious.” But the name doesn’t matter to me. This is one of my favorite memes incorporating Asian-related and martial arts humor. If you want a whole other humor genre, Confucius Say jokes are listed by the dozen. Notice: these jokes are not always family-appropriate.

The mixed media of social media allows memes to grow, change, and spread. If you want to try your hand at meme creation, sites like this will help you. If you want more martial arts humor, here are funny martial arts video scenes, some of which are technically memes themselves.